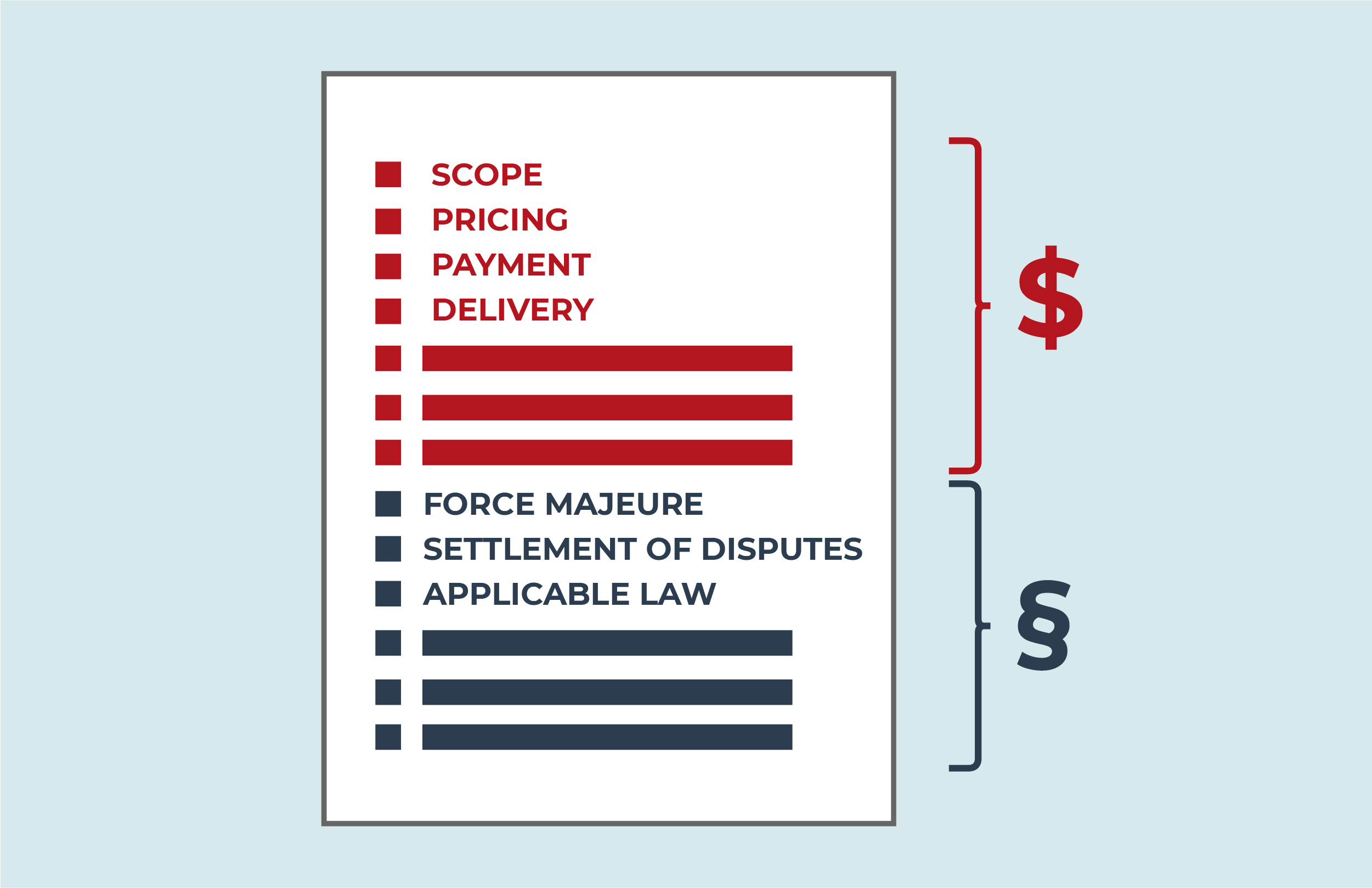 "Business terms first"  is a way of organizing contract content so that core commercial terms – we call them active terms here –  are presented first, and other, passive terms, only later. This distinction, introduced by the IACCM, is based on whether the term requires resources or action, or whether it comes into effect only if something happens or fails to happen.

What problems does it solve?

Most contracts seem to focus on the wrong agenda, preparing for failure rather than securing success. Year after year, limitations of liabilities and indemnities have been among the top three of IACCM Most Negotiated Terms. Scope and goals and other active clauses deserve to top the agenda, and they should be given priority. The pattern helps negotiators to focus on performance planning rather than risk planning alone.

When to use it?

Use this pattern when you want to show that your contract is about business first – which is actually the case with most of commercial contracts. Presenting scope and goals and active clauses before passive clauses is one way of showing that the contract is a business and managerial tool, rather than merely a legal tool.

The pattern can be used also to organize contract topics and clauses: present actions, rights, and responsibilities first; introduce what ifs and exceptions later.

Passive clauses normally only enter the picture if obligations are not fulfilled. They are needed only if performance does not happen at all, in the right way, or at the right time (e.g. issues such as liabilities, remedies, and force majeure.) Therefore, there is no need to focus on these topics first. More salience is given to actions and roles that need to be performed and obligations that need to be fulfilled. This helps to frame the communication more positively, and the relationship for success.

Where to use it? 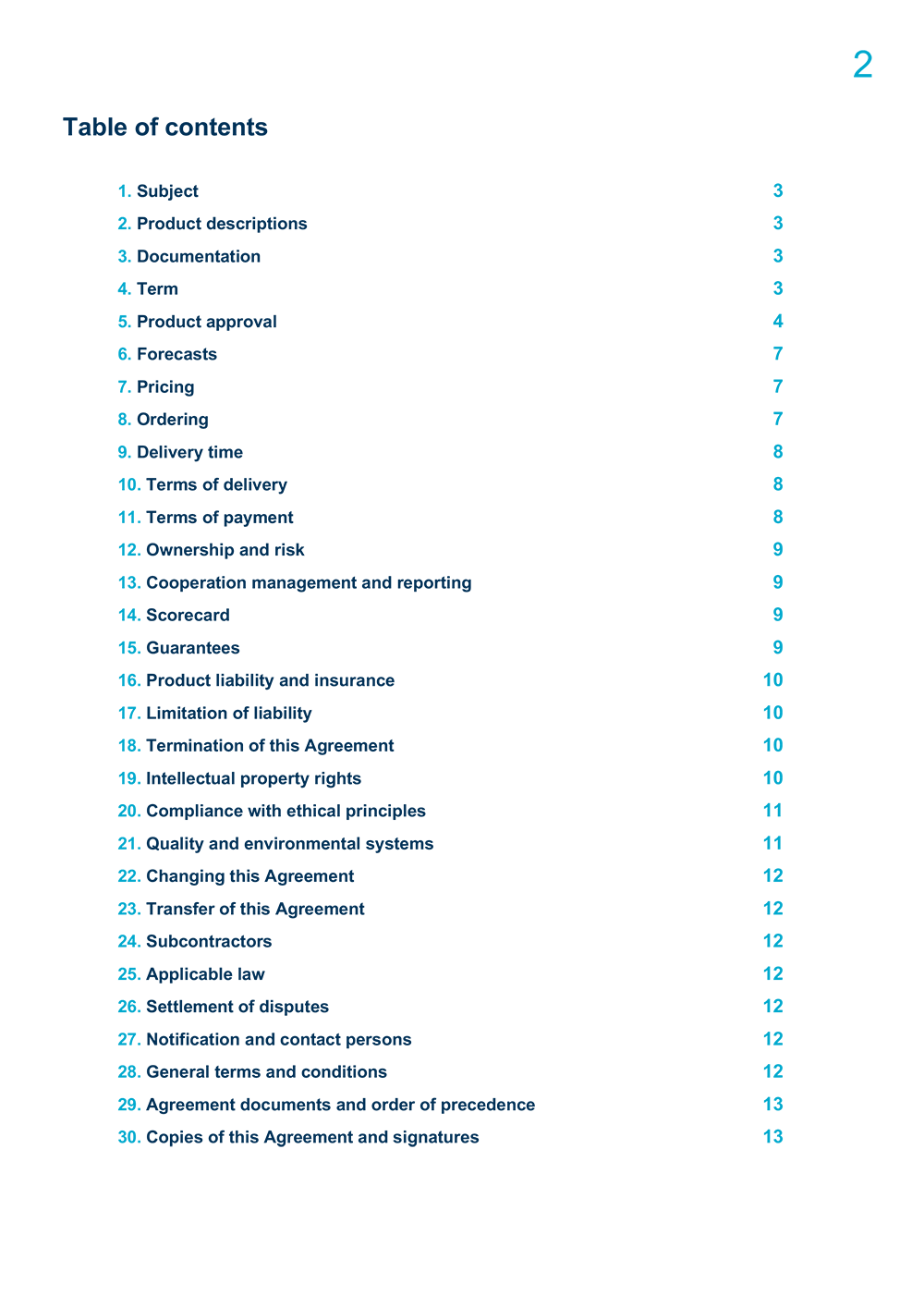 Clause order in an agreement on the purchase of machinery 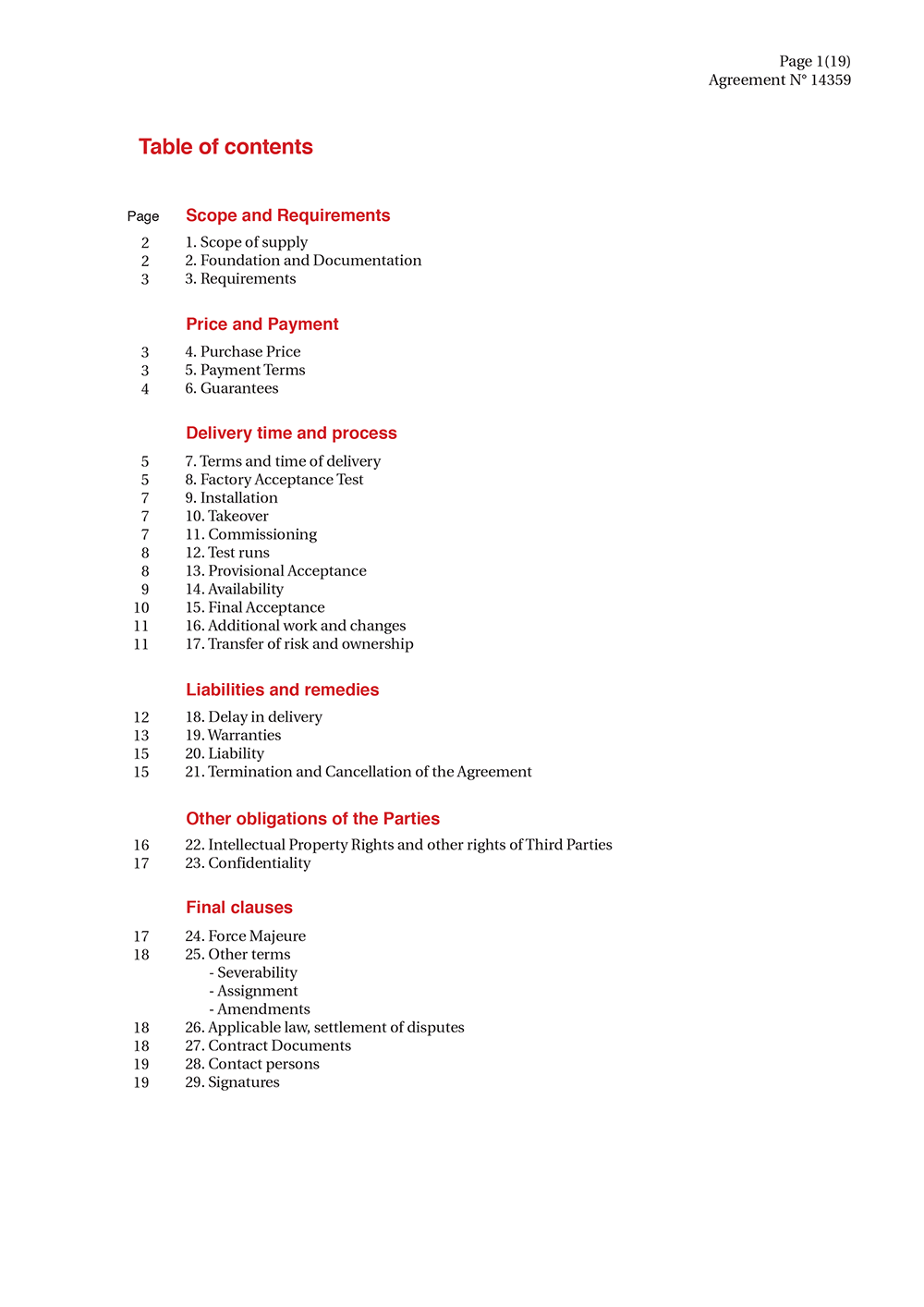 Have you used a business first approach in your contracts? You can contribute to the Library by sharing an example.

There are no comments here yet.