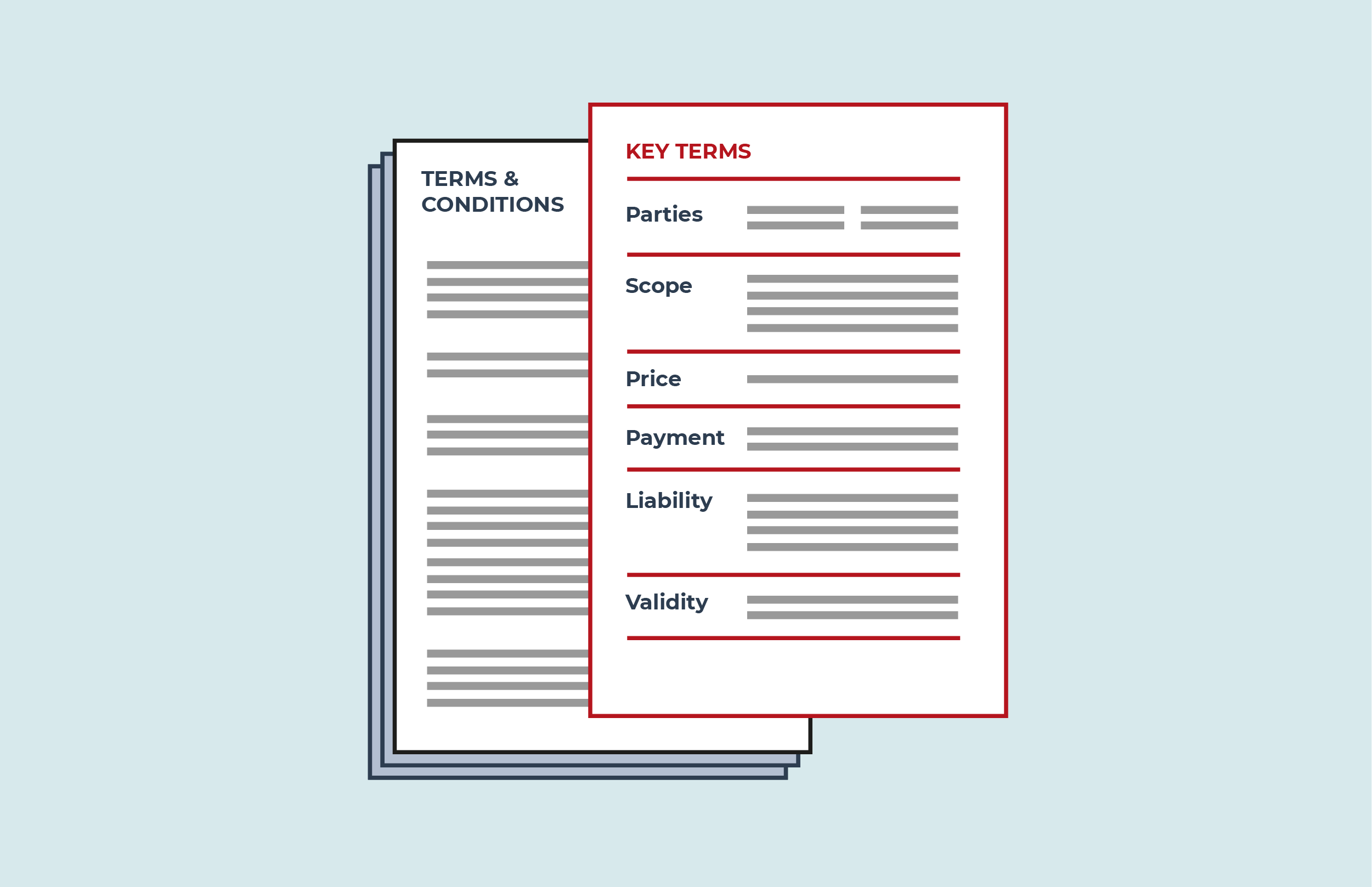 A term sheet is a summary document containing the key terms of a contract. It provides an overview of the most important commercial and other terms of a transaction or relationship. It can be called Key Terms or Heads of Terms, or sometimes a Letter of Intent. These documents can take different forms, depending on the context, type of deal, and industry. They can be text-only, but can also be presented in the form of a table or a chart.

What problems does it solve?

Negotiating complex contracts takes time. Considerable time and money can be saved, if instead of long contract texts negotiators can focus on the high-level issues and trade-offs of the deal at hand. A well thought-out term sheet can provide a clear pathway for a transaction, expedite the time to completion, and reduce transaction costs. But a poorly crafted term sheet can result in long and frustrating negotiations and unnecessary problems.

When to use it?

Term sheets allow for a less formal approach, for example in the early stages of a negotiation. A term sheet summarizing contract essentials allows parties to address high-level business terms, involving counsel only later to expand the abbreviated agreement into a long form, where needed. This approach can be useful, for example, in the world of early-stage startups, where investment agreements are a frequent source of friction and delay.

Some companies use commercial term sheets also as part of their contract documents, making them the “top layer” where key business-specific information is concisely captured. Make sure that your term sheets are not legally binding, if that is not what is intended.

The use of a term sheet helps identify and focus on the core of complex financial and legal documents. This can speed up negotiations and enhance collaboration and contract generation. Circulating draft term sheets among the parties can help flesh out the key points of a transaction, and a draft with blanks can help elicit a response. A term sheet can provide a shared vocabulary and a mutual understanding of the chronology of the deal, which will assist in the negotiations. When used as a pre-contract document, a term sheet can clarify who will be responsible for the next steps in the transaction, who will be preparing which documents, and what will be the timetable.

Where to use it?

In this anonymized example, a term sheet is used as part of an agreement on warehousing services. The key business terms are captured by the term sheet, which also doubles as an execution document. 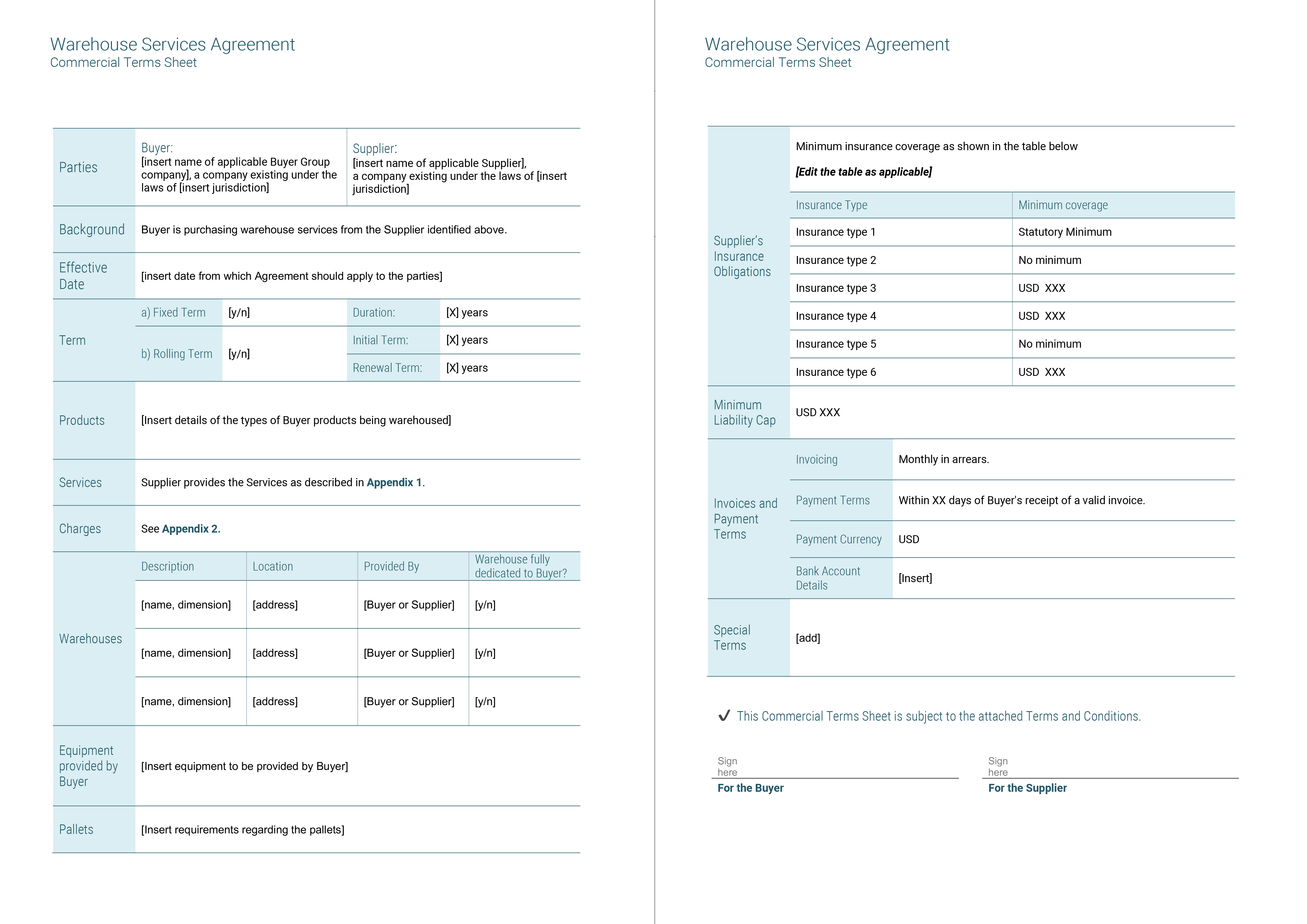 This term sheet, page 1 in a short form construction contract (intended for use with smaller projects, but both B2B and B2C), illustrates the key data the parties need for the project. It was designed to ensure all project specific information was available at a glance and that no other elements had to be completed within the conditions. The previous edition of this contract had over 100 separate items to be completed across 30 pages for the same type of project. The client was the UK's largest construction trade association and the contracts are available only to members (2019). 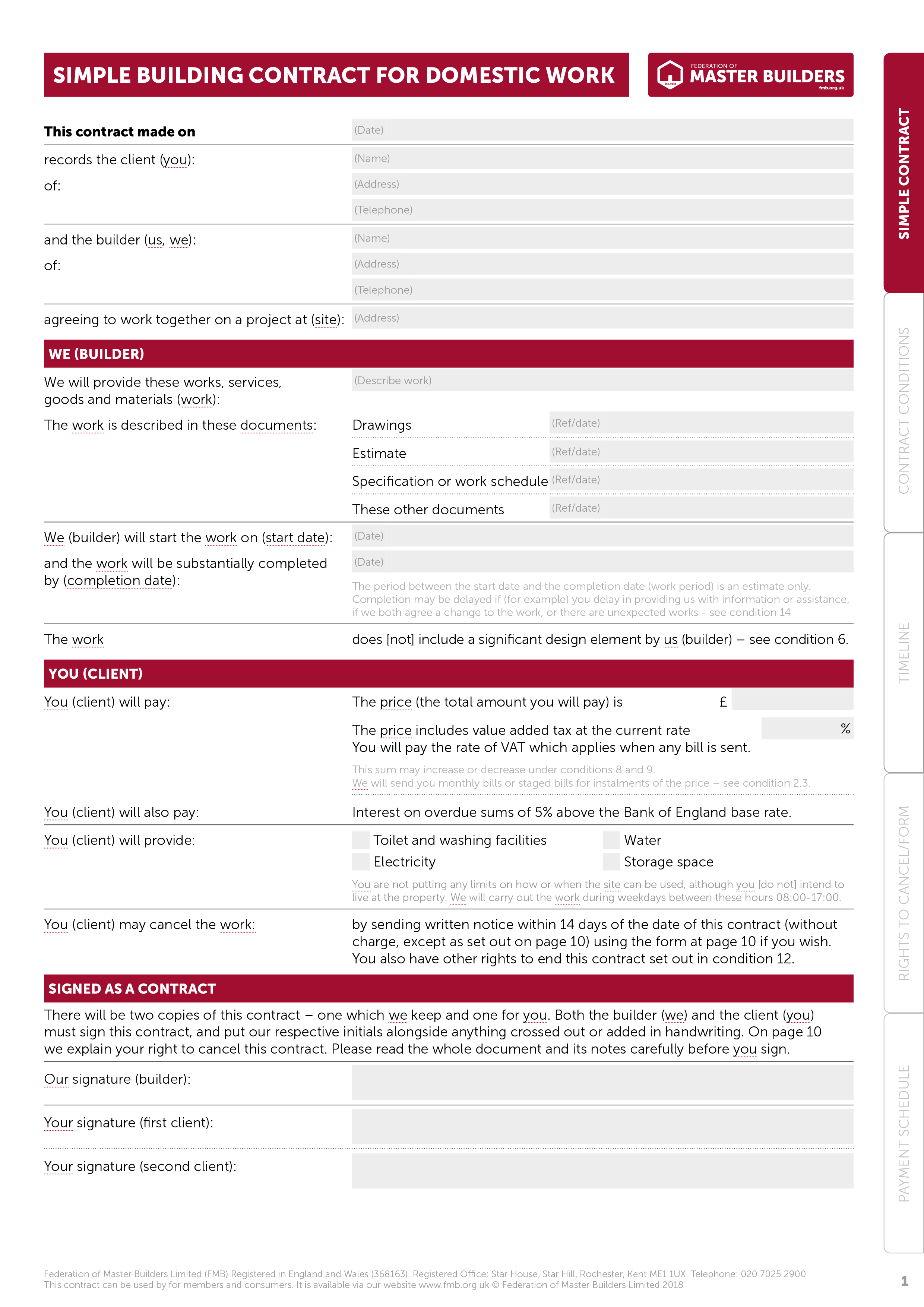 This term sheet, page 1 in a 4-page construction contract illustrates the key data the parties need for the project. It is included in contracts for use for vulnerable or elderly home-owners having works to enable them to continue to live in their own home. It was used to ensure the customer - wholly unused to reading or understanding contracts could check all key details at a glance. These customers are easily overwhelmed with information so this term sheet focuses on the most important elements.

This term sheet, page 1 in a 2-page construction contract illustrates the key data the parties need for the project. It was an initial format for a concept contract which has since been superseded. 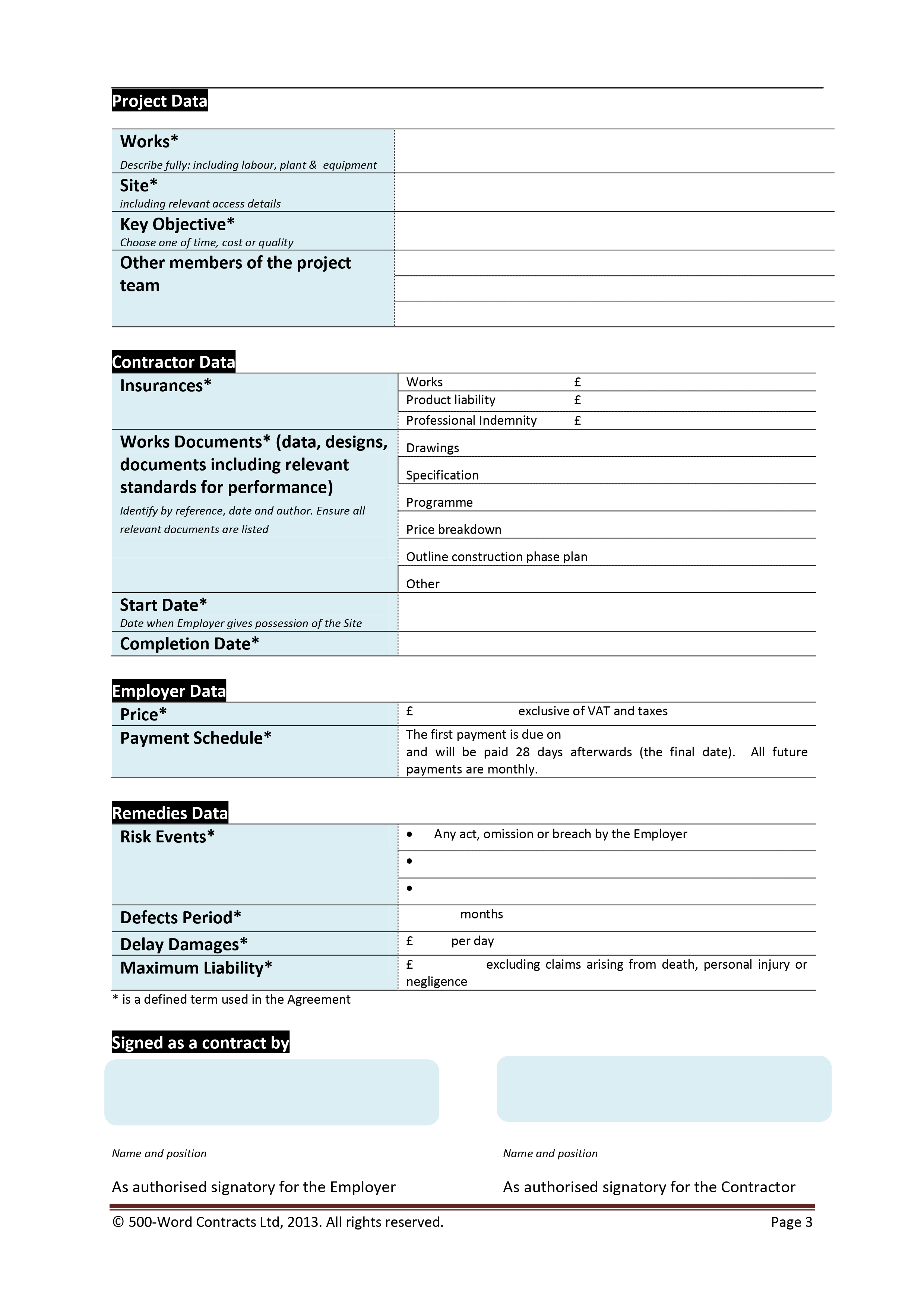 Have you used term sheets in your contracts? You can contribute to the Library by sharing an example.

There are no comments here yet.

Table of contents
Next category: Tone of voice